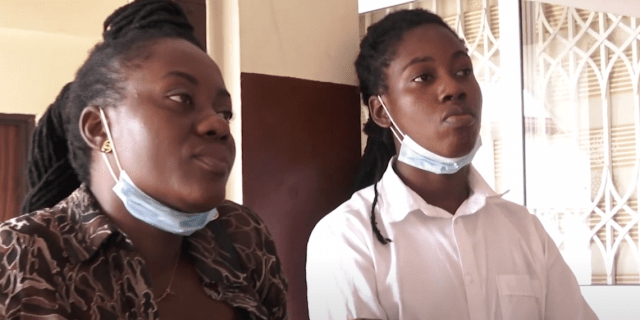 The mother of one of the Rastafarian students denied admission by the Achimota School has told Citi News she is surprised at the stance taken by the management of the school.

“I am quite disappointed because there was no room for compromise. They were only insisting that we cut the boy’s hair,” Maanaa Myers said to Citi News after a meeting with the school and the Ghana Education Service (GES).

“I even asked if there is any compromise where we can even tie the hair a certain way where it will not look disgusting as people perceive it… and they said no,” Maanaa Myers added.

Authorities of the Achimota School last week Thursday turned away two dreadlocked students, asking their parents to cut off their hair or find another school for them.

It was reported that, the GES had directed the school to admit the students. But a lawyer with the Rastafari Council, Ras Tetteh Wayo, claims the GES has made a U-turn on its initial directive.

Maanaa Myers said she now believes the initial indication from the GES was “a PR stunt…to bring down the sensationalism and interestingly, it has played out to how I was thinking”.

Achimota School had stuck by its decision not to admit the dreadlocked students despite the reported directive of the Ghana Education Service and the threat of legal action.

Old students association of Achimota School backed the stance of the school saying the GES was trying to undermine its authority.

The families of the dreadlocked students intend to challenge the actions of Achimota School in court.

Admin - March 30, 2020 0
The Finance Minister, Ken Ofori-Atta is calling for the amendment of the Petroleum Revenue Management Act (PRMA) to allow government to utilize portions of...
General News

Admin - May 10, 2022 0
Former Nigerian President Goodluck Jonathan has rejected a presidential nomination form, saying it was bought without his consent. The form was for the ruling All...
General News

Northern Regional Police Command on a manhunt for gunmen who attacked...

Admin - March 7, 2022 0
The Northern Regional Police Command has announced a search for the gunmen who raided the Dakpema palace in the Tamale metropolis earlier Monday morning,...
General News

Admin - March 4, 2022 0
The government of Ghana will, from this year, expand the free Senior High School (SHS) programme to cover public Technical and Vocational Education and...
General News

Admin - June 9, 2022 0
Ghanaian broadcaster Paul Adom-Otchere believes Togbe Afede XIV, the Agbogbomefia of the Asogli State has more money to refund to the state than the...