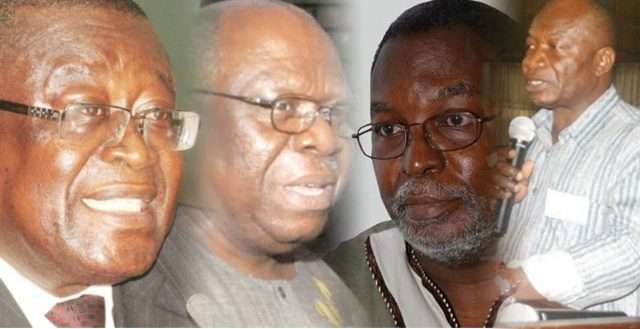 A National Democratic Congress (NDC) cadre group known as ‘NDC Democratic Platform Initiative’ has observed that the party is now badly suffering from a vicious cycle of bureaucratisation that is alienating all the party structures, particularly at the grassroots.

This growing red tape, it said, is systematically disempowering ordinary members of the party and collapsing branches meant to ensure substantive political development and capacity to hold leadership accountable.

“This breakdown appears to have developed around the critical political issue of party financing and the party’s drift into patronage politics,” the group noted in a communiqué issued after its “People’s Forum-Securing the Future of the NDC”, held in Tema, in the Greater Accra Region a few days ago.

According to the group, NDC has “no intellectual or policy operations except in the self-defeating context of election campaigns, no financial strategy or plan other than reliance upon a handful of wealthy patrons whose wealth is believed to be the corruption, no strategic or tactical campaign capacity, poor capacity election day operational capacity-poorly trained polling agents, inability to quickly and effectively collate results, inability to promptly challenge fraudulent results, no credible democratic leadership election system-just open auctions; fractious elites competing for power and influence with no reference to Party or national needs”.

It also uncovered this destructive phenomenon of patronage politics breeding within the NDC after a thorough analysis it conducted on the party.

“The collapse of grassroots structures means that Party leadership is unable to ‘hear’ the needs and aspirations of our members – and the communities their branches are intended to serve.

“The silence of branches also means that the only voices Party Leadership hears are those of (largely foreign) economic and social elites whose interests are not aligned with ordinary Ghanaians,” the group said.

According to the group, it has also affirmed the unshakeable belief that the party can turn the situation around by investing in a planned and sustained re-engagement with branch members around all the fundamental questions that the Party faces.

“Party members desperately want this to happen. They do not want leadership to think for them,” the group pointed out in the communiqué.

It indicated that only a democratically informed reorganization will allow the NDC to provide strong, social-democratically directed, and constructive opposition to the New Patriotic Party (NPP) and to replace it in government in 2024.

“We intend to tap the energy, creativity, and wisdom available from these grassroots engagements and feed them into official Party introspection and lobby for their inclusion in any reorganization agenda.

“We hope to demonstrate how powerful and constructive popular engagement is. Indeed, that is how the NDC was originally built, and if we had functioning branches today, our initiative would be unnecessary,” it added.

The group expressed delight at the direct participation in the Tema Forum and the feedback, which it said, has been very positive while the criticisms have been constructive.

These, it said, have been taken to heart and will inform future events.

Some of the NDC groups that participated in the Forum included Cadres and NDC Activists (CANA), United Cadres Front (UCF), Progressive Intellectuals (PI), and Organising for Ghana (OfG).

Govt Is ‘Bringing Back’ Economy – Debt To GDP Ratio Drops

Admin - May 30, 2022 0
Parliament of Ghana, under the leadership of Speaker Alban S.K Bagbin will tomorrow host the maiden edition of the Speaker's Seminal Lecture. It is on...
News

E-Levy Suit Is Too Late – Majority To NDC MPs

Admin - April 25, 2022 0
Majority Leader Osei Kyei-Mensah-Bonsu has stated that the Electronic Transfer Levy (E-levy) Act, 2022, (Act 1075) is already in operation even though the prescribed...
News

Admin - January 29, 2021 0
He burst onto the scene like a meteor, but a meteor that did not burst into flames and disintegrate like all meteors do. On the...
News