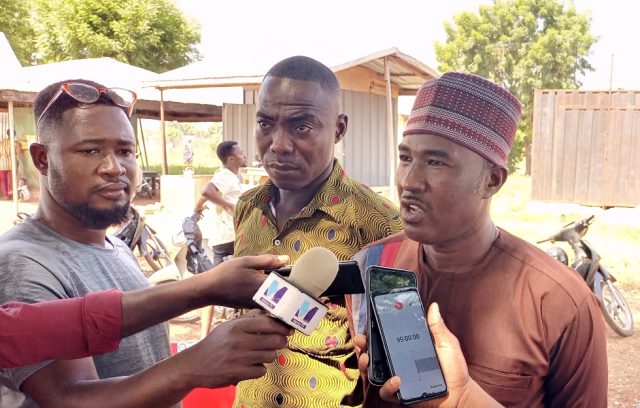 The Public Utility Regulatory Commission (PURC) in an outreach has encouraged residents of Greater Tamale to develop the culture of installing earth wires in their homes to prevent accidental electric shock.

The PURC also highlighted the dangers of tempering with electric transformers in the communities and other transmission lines of service providers.

Management of the commission in the northern region on Wednesday (24th November, 2021) engaged elders and community members of Nyohini South in Tamale on the duties of the PURC as an established state agency to address challenges between consumers and public utility service providers in the country.

The discussion centered on the need for electricity consumers to have earth wires [electrical connection to the ground] in their houses to save lives and properties and the dangers associated with illegal connections and tempering with electricity transmission lines and transformers.

The Northern Regional Manager of PURC, Mr Isshaq Mashoud told Journalists similar public education has been done earlier in other parts of the region.

He noted one of the core mandates of the commission is to protect the interest of consumers and in furtherance to this, he said, “We do receive and then resolve complaints on behalf consumers.”

Mr Mashoud indicated data analysis of the complaints profile at the commission shows complaints in respect of higher bills constitute the greater number of complaints that comes to the PURC, adding that, “Our investigations and experience has shown that most of this higher bills are attributable to the fact that some consumers do not install earth wires in their premises and sometimes improper earth wires are installed.”

He added the commission as a proactive and a responsible organization has taken it upon itself to interface with the public in order to educate the consumer the need to engage certified electricians who would do proper installation of their electrical fittings to avoid attracting high bills.

“…Just quite recently we interface with a lot of communities and the complaints that came out across board were in respect of this high bills and we engaged NEDCo who has given us some professional advice and engage the utility consumers concerns to actually get these qualified electricians to do proper work at their premises and once that is done you will see a normalization of the bills.”

“So that is why we have started this engagement; in fact, we started in August where we went to Bimbila, Wulensi, Kpandai and other communities. We intend to sustain this sensitization and replicate it across our operational jurisdiction, so every consumer would get to know the implications when you don’t have an earth wire in your premises – what it can result in in order for people to do the right thing” he assured.

Assemblyman for the Nyohini South electoral area, Yakubu Hamza, for his part commended the utility regulator for the public education. He said the step taken by PURC is timely and that the people are now empowered with the knowledge of their rights and responsibilities.

“The responsibility of the PURC is to educate the people about the usage and management of their utility and they have done marvelously in that regard and we have to thank them so much for that. The PURC is up and doing, this is not the first time they’re coming to Nyohini South, we last had a problem and they intervened and actually we had a good result and tells us that they’re an institution working day and night” he extolled the utility regulator.

Meanwhile, some consumers who shared their views during the meeting wants service providers to always consider human factor in their dealings with the public.

According to them, the demeanor of some staff members of the utility providers are unprofessional and urged the employers to address it to strengthen the relationship with the public.

Ghana To Find It Expensive To Borrow – Moody’s

Delta–The King Of Variants Will Soon Rule The World & Vaccines Could Be Less...

Admin - February 5, 2021 0
The Ghana Statistical Service (GSS) has organized a day’s capacity building training for Journalists on the upcoming 2021 Population and Housing Census...