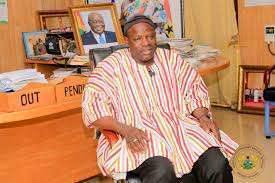 Each of the three projects cost an amount of thirty five thousand Ghana Cedis (GHS35,000).

The initiative forms part of efforts to improve access to quality drinking water in the community and accelerate development to improve the socioeconomic wellbeing of the people.

It is estimated that one thousand (1000) children under five years die from diarrhea every year as a result of polluted water and the impact of unclean water and improper sanitation in Ghana cannot be overemphasized.

The dependency on unsafe water sources is higher in rural areas of the country which is resulting in about 80 per cent of all diseases in Ghana being caused by unsafe water and poor sanitation.

Speaking to Journalists during the commissioning of the water facilities, Mr. Abdul Nasir Salifu, the Country Representative of Africa Friendship Association said, “We have realized water is life and when you look at the northern region; we’re far behind and when you go to some villages, animals and human beings are drinking from the same water and that’s where we have this guinea worm and all that.”

“We never knew about Bimbila – the former Northern Regional Minister, Hon Salifu Saeed, came to us when he visited Turkey and told us about his problem and so we told him we would come and do something for the people. This is even the second time we’re coming to Bimbila; last we came and shared Zakat monies” he said.

He indicated the Africa Friendship Association intends to construct about 17 boreholes and Children’s Home to cater for orphans in the Nanumba North Municipality, adding the organization has already built about 139 boreholes within the northern region.

Mr. Abdul Nasir indicated the organization also build school blocks for underserved communities to improve on access and quality education in the region.

Some residents who witnessed the handing over of the boreholes thanked the Africa Friendship Association and Hon Salifu Saeed and described the gesture as timely.

The residents lamented access to water in the area has been a major challenge over the years and this will improve on the situation.

Roads Leading To Tourist Sites To Be Fixed – Tourism Minister

Reduce Sexual Rounds To Save Energy For 2020 Polls – Police Urged