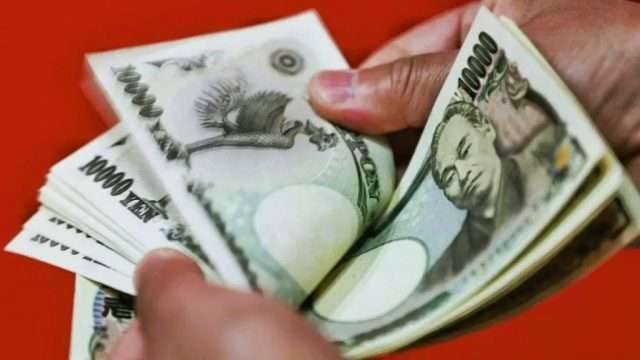 At the end of the last century, Japan became the first major economy to cut interest rates to zero.

During the Covid pandemic, many other nations adopted that tactic to support their economies.

Those countries are now raising interest rates but the Bank of Japan (BOJ) on Friday yet again kept its main rate below zero. And that is bad for its currency.

The yen has long been seen as a safe haven, which investors traditionally bought at times of crisis.

But that status is now on shaky ground. This year alone it has lost more than a fifth of its value against the US dollar to hit the lowest level since 1990.

Why is this happening?

The yen’s slide has been driven by the difference between interest rates in Japan and the US.

Since March, the US Federal Reserve has aggressively raised its main interest rate – from 0.25% to 3.25% – as it tries to tackle the rising cost of living.

As a result there is less demand for currencies from countries with lower rates and those currencies fall in value.

However, some experts believe the weak yen reflects the state of the country’s finances.

The economy has hardly grown in the last three decades. It is also the world’s most indebted nation.

Japan also faced the demographic time bomb of a low birth rate and a population with the highest proportion of older people in the world.

The government has allowed some foreign workers to help address the issue but there is still strong opposition to immigration.

“There is no reason for the yen to strengthen,” says Takeshi Fujimaki, a former adviser to billionaire investor George Soros.

He expects the Japanese currency to hit 180 against the US dollar before eventually collapsing in value, as he has previously warned.

Like much of the rest of the world, Japanese consumers are struggling with rising inflation but that has been welcomed by policy makers, who have long wanted prices to rise.

Mr Kuroda says the bank’s current policy is necessary to help it reach its 2% inflation target.

That is because for years Japan has faced deflation, or falling prices, which is bad for an economy because when prices keep dropping, consumers tend to hold back on buying big ticket items as they expect them to be cheaper in the future.

What can Japan do?

Japan had not intervened in the global currency market to prop up the yen for almost two and a half decades.

Last month though, as the currency fell, authorities stepped in, spending $21bn (£18.3bn).

It helped for a short time but soon the currency tumbled again, this time crossing 150 yen to the dollar.

That reportedly triggered fresh intervention, this time with an estimated $37bn.

The Japanese government has so far refused to confirm it stepped in again, even as traders said they saw signs of another intervention earlier this week.

Experts have warned that these attempts to prop up the yen will only ever have a short term effect.

“It is to show the position of the Japanese government that it doesn’t want any further weakening of Japanese yen,” Eisuke Sakakibara, a former senior official at Japan’s finance ministry said.

What does it mean for consumers and businesses?

The country relies heavily on imported oil and gas. Because of exchange rates and rising energy prices, the amount of money it spent on imports last month jumped by 46%.

But it is not all bad news for businesses. The money made abroad by Japanese exporters is worth a lot more back home. As exports account for about 15% of the country’s total economic activity, that is not insignificant.

However, Japan’s consumers have seen their purchasing power halved over the last decade. Ten years ago, 10,000 yen would buy an item worth $132, but today it only gets you something worth $67.

That is a major problem because average salaries in Japan have hardly risen in over three decades.

The issue is even more acute when people need to use the yen to pay for things overseas, for example when they travel or their children study abroad.

Is this good news for tourists?

When the yen started to fall in value Japan’s borders were still shut so people did not feel much of an effect.

However, now that Japan has started to allow visitors in the currency’s sliding value makes the country more attractive to tourists, as their holiday money goes further.

While tourist numbers are still a long way from that level, investment bank Goldman Sachs has predicted inbound spending could reach 6.6tn yen within a year of the country fully reopening.

Parliament To Ban Phones In Chamber