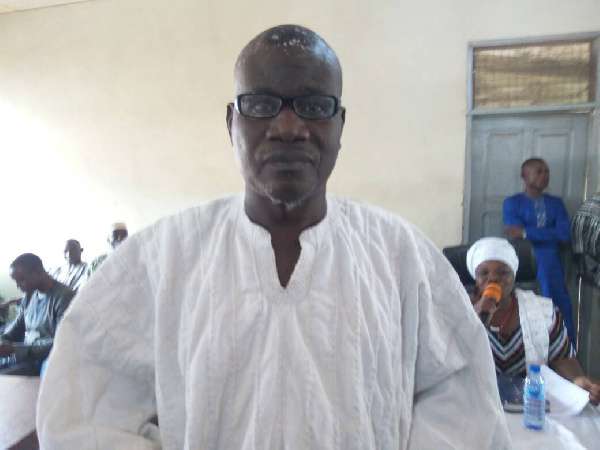 The Municipal Chief Executive for Bimbila, Abdulai Yakubu, has called for heads to roll following the shooting incident that took place in the Nanumba North Municipality of the northern region Tuesday night (November 23, 2021). One person was reportedly shot during a joint operation of state security agencies.

The MCE said he was unaware about the operation as Chairman of the Municipal Security Committee (MUSEC). He noted though snippets of information gathered tells him the operation is being carried out in other parts of the region.

He revealed the Yendi municipal, Zabzugu district, Saboba district, and Bimbila municipal are the areas in the northern region as well as Chereponi in the North East Region.

“I have not been told the rationale behind the operation, all I understand is that the National Security is conducting the operation but I don’t have any briefing about that and what led to the shooting incident, I cannot tell.”

According to him, none of his colleague Chief Executives in the other areas the operation is taking place has knowledge about it and described the development as unfortunate.

“My wife called to tell me that people were threatening to attack my residence because I went to bring the military to attack them, when I am not even around and I cannot even address the people because I know nothing about it and I have not been given any briefing as well, so how do I talk about it.”

“But definitely, somebody must be responsible because whoever sent them to do the operation must answer some questions” he said.

He disclosed the Minister for Defense, Dominic Nitiwul, who doubles as the Member of Parliament for the area only called to tell him that “It was an operation that is being carried out in the five northern regions of the north and beyond and that even Togo and Burkina Faso are doing same.”

Meanwhile, Mr Abdulai Yakubu has stated information available to him reveals the victim of the shooting incident is presently receiving medical attention at the Tamale Teaching Hospital (TTH) contrary to reports that he is dead.

Admin - April 3, 2020 0
Speaker of Parliament, Professor Aaron Michael Oquaye, has donated half of his three-month salary to the COVID-19 Fund. The Speaker also announced...