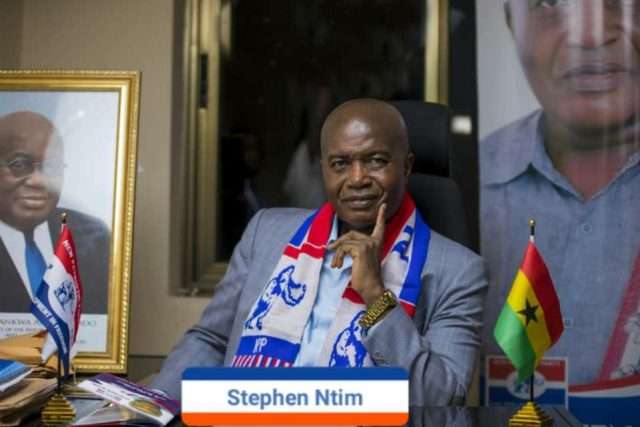 The National Chairman of the governing New Patriotic Party, Mr. Stephen Ayesu Ntim has called for calm amongst members of the majority caucus of Parliament as leadership of the party engage with government.

In a statement Tuesday, October 25, 2022, Chairman Ntim reiterated the commitment of party leadership to at all times, engage government on issues of utmost interest and concern to the party, government and the citizenry.

The group made the announcement at a news confab in Parliament on Tuesday, October 25.

Hon Andy Kwame Appiah-Kubi, the Member of Parliament for the Asante-Akim North Constituency, who introduced himself as the spokesperson for the disgruntled Majority MPs group, said they decided to voice their position because several concerns sent to the government have failed to yield any positive results.

According to the group, sacking Ofori-Atta and Adu Boahen will help restore confidence in Ghana’s economy.

Many Ghanaians as well as members of the NPP, the opposition parties, have mounted pressure on President Nana Addo Dankwa Akufo-Addo to remove Mr. Ofori-Atta from office in light of the country’s current economic predicament, which has compelled government to seek support from the International Monetary Fund (IMF).

Below is the full statement: