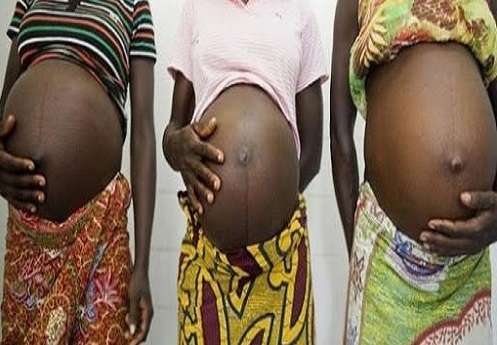 Stakeholders in the Upper East Region have expressed worry about the increasing number of teenage girls getting pregnant in the region and called for a multi-sectoral approach to address the phenomenon.

The stakeholders included traditional rulers, the Commission on Human Rights and Administrative of Justice (CHRAJ), the Domestic Violence and Victims Support Unit (DOVVSU), and some school children at Kandiga in the Kassena-Nankana West District.

The participants were brought together to celebrate the 2021 African Union (AU) Day for the African Child.

The District Health Information Management System (DHIMS) of the Ghana Health Service (GHS) reported that 6,533 adolescent girls aged 10 to 19 in the Region became pregnant or mothers in 2020, an increase of five percent over the figure of 6,233 girls in 2019.

This, the Stakeholders noted, was a big canker drawing back the growth and development of girls especially in their educational ladder, and urgent and collective attention was therefore required to address the problem.

The Day’s celebration was organized by the Department of Children with support from World Vision Ghana, on the theme, “impact of teenage pregnancy on education”.

Mrs Georgina Aberese-Ako, the Acting Regional Director of the Department of Children, attributed the problem partly to the irresponsibility of some parents who did not provide the basic needs of their children, compelling the girls to engage in transactional sex.

She said some girls had to fall prey to men because of their inability to procure menstrual pads and other basic needs.

Mrs Aberese-Ako further mentioned the inadequate parent-child communication, lack of Sexual Reproductive Health and Rights education, peer pressure and sexual violence, lack of education or dropping out of school, media influence, and the engagement of adolescent girls in unprotected sex, among others, as some of the causes of teenage pregnancy.

She stated that teenage pregnancy accounted for the major causes of child marriages in the region and stressed that if those issues were not addressed holistically, it would continue to hamper the nation’s development as many girls would not complete their education.

Mr Moses Nsoh, the Sponsorship and Child Protection Officer of World Vision Ghana, Kassena-Nankana West District, stated that over the years his outfit through its donors had played major roles in promoting the welfare of children in the area but one of the major challenges was the issue of teenage pregnancy and child marriage.

He underscored the need for all stakeholders, particularly traditional and religious leaders to actively get involved in fighting the menace, stressing that no nation could develop without investing and taking good care of the girl child’s education.

Naba Henry Abawine Amenga-Etego, the Chief of Kandiga, who addressed the school pupils, admonished them to take their studies seriously and to shun away from pre-marital sex.

The chief commended the organizers of the event and pledged to ensure that teenagers were banned from night social gatherings such as funerals and passing out ceremonies.