Home News We will die in the chamber of parliament to fight against E-Levy...
Share
WhatsApp
Facebook
Print
Email
Copy URL 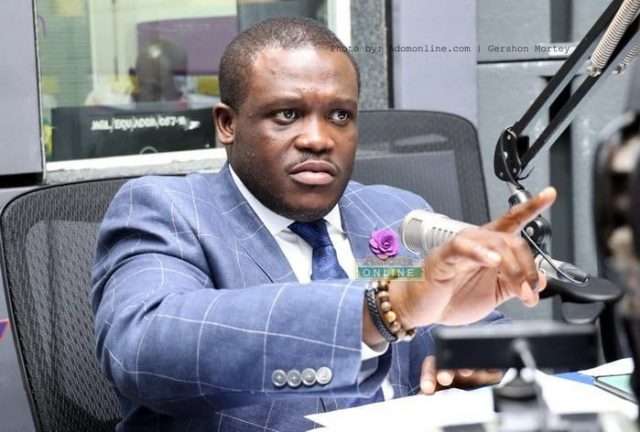 Member of Parliament for Ningo Prampram, Samuel Nartey George, has affirmed the minority’s resolve to resist the passage of the controversial E-Levy bill into law.

According to the National Democratic Congress MP, the 137 minority MPs are ready and willing to fight the proposed 1.5% levy to be imposed on electronic transactions even at the peril of their lives.

“I can assure you of one thing, 137 NDC MPs; we are ready to die in the chamber of parliament. If they like they should move the whole Ghana Army into the chamber, we will die in that chamber. We will oppose the E-Levy,” the Ningo Prampram MP announced at a protest in Accra on Thursday, January 10, 2022.

The minority side of parliament and the opposition NDC have heavily resisted the E-Levy since its inception as a bill before Ghana’s legislature.

Among its argument, the NDC and the minority say the E-Levy will become a compounding catalyst for the hardship Ghanaians endure.

The protest against the E-Levy on Thursday is led by the NDC and has seen the attendance of several of the party’s bigwigs as well as MPs.

Also in attendance were some citizens and groups opposed to the proposed E-Levy.

The bill according to the ministry of finance is set to be withdrawn and resubmitted to parliament when the House reconvenes next week.

Already, the minority’s opposition to the bill has in various instances led to confrontations between the majority and minority in parliament which sometimes degenerate into brawls.

We’ve only one President in Ghana – Protozoa tells Mahama

Admin - April 24, 2020 0
Director of Political Affairs to the Chief of Staff at the Office of the President, Frank Asiedu Bekoe popularly known as Protozoa, has taken...
News

Admin - July 16, 2021 0
The Director of Communications at the Presidency, Eugene Arhin, has called out the Trade Union Congress, TUC, for claiming that the First and Second...
Business

Implementation of Cylinder Recirculation Module to begin in 2022 – NPA

Admin - November 11, 2021 0
The National Petroleum Authority says plans are underway to ensure that the Cylinder Recirculation Module takes effect from the second quarter of next year. During...
Business

Admin - July 28, 2021 0
Secretary General of the Trades Union Congress (TUC), Ghana, Dr Yaw Baah, has called on government to establish a Commission made up of experts...
Business

Admin - May 28, 2021 0
Vice President Dr. Mahamudu Bawumia has urged member states of the African Union to institute complimentary measures for the successful implementation of the Africa...