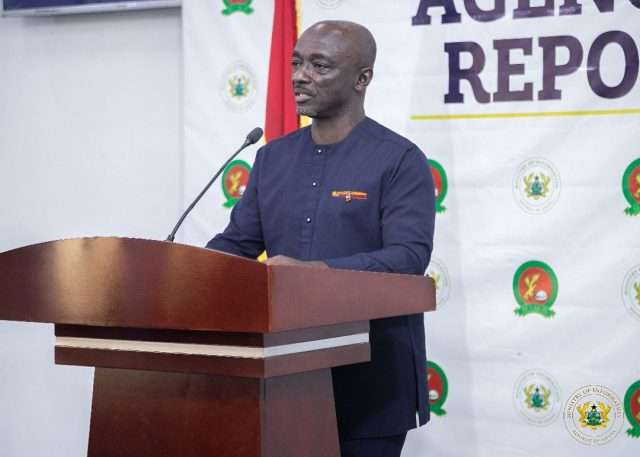 The State Interest and Governance Authority (SIGA) has vowed to put in place measures that will address the poor aggregate performance of State-Owned Enterprises (SOEs) in the country.

Director General of SIGA, Ambassador Edward Boateng who was addressing journalists on Thursday, December 8, 2022, during the State of the Agencies Report, a regular press engagement platform of the Ministry of Information bemoaned the low contribution of SOEs to the country’s Gross Domestic Product (GDP).

He said currently, SOEs account for only 5 per cent of GDP, grossly less than the 30 per cent required of the sector prompting SIGA to put in place appropriate measures that will improve the performance of SOEs as well as increase their returns to government.

He said so far, SIGA has in the short to medium term worked to improve the performance of SOEs emphasizing that 24 out of the 47 SOEs covered in the State Ownership Report (SOR) published in 2020 recorded significant improvement year on year. This represents 51 percent of all SOEs in the country.

Additionally, the DG said SIGA has commenced the 2023 Performance Contract Processes with Specified Entities (SEs). The process is geared towards ensuring that SEs operate efficiently and profitably in the upcoming year.

He said SIGA in rolling out the Performance Contract Processes will prioritize projects and initiatives that will increase productivity and efficiency, generate employment opportunities for the youth, create wealth and yield dividends for the state.

We’ve only one President in Ghana – Protozoa tells Mahama