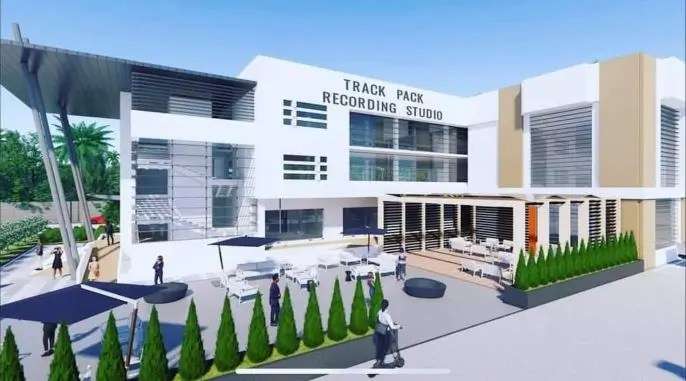 Nana Dakrabo I, Mpuntuhene (Development Chief) of Akonoma in the Asebu Kingdom of the Central Region, is building a state-of-the-art film studio and production house, dubbed “Dakrabo 1 Studios” in Ghana.

Dakrabo I, who is a Los Angeles-born entrepreneur, has partnered with WEG Studios in Washington D.C., musician and producer Koby Maxwell, actor Michael Blackson, and other notable people to help bring the project to life.

The production house will cost an estimated $350 million and will be on a 321-acre land in Ghana, making it the first of its kind in Africa, according to Ghanaian American Journal.

The production studio will garner a large number of productions from neighboring countries in an effort to capitalize on the African film market.

The studio will also be looking to attract productions from around the world.

In regards to the educational offers within the studio, Dakrabo I stated, “Our education and technology partners are working together to create an educational experience that allows industry-leading educators from Los Angeles to teach virtually in Ghana.

It’s critical that aspiring professionals are properly trained on best practices and techniques directly from the industry’s practitioners.

This will allow professionals to create content at a calibre that rivals a Hollywood blockbuster.” Furthermore, each building on the studio’s campus will be named after an influential African as a way of honoring and celebrating African unity in an effort to move the continent forward.

Currently outside of Ghana, Nigeria’s Nollywood has become the second-largest film industry in the world, producing over 2,500 films and employing over 300,000 people per year.

Dakrabo I and his partners have hopes to create a new Hollywood in Ghana.

I was born in Los Angeles and raised around celebrities and executives. Essentially, I was raised around Hollywood and now I will bring Hollywood to Ghana,” Nana Dakrabo I, who goes by Michael B. Pratt in his private life, said about his plans.

“Beyond the film studio, I want to see professionals in all creative industries realize their ‘Hollywood’ dreams without leaving the continent and to see a thriving entertainment industry that attracts talent and attention from all over the world,” he added.

One of Dakrabo I’s partners on the project Nollywood producer Koby Maxwell commented “a film studio in Ghana will tremendously improve the industry with high-quality productions and it will unearth potential and opportunities for the whole world.”