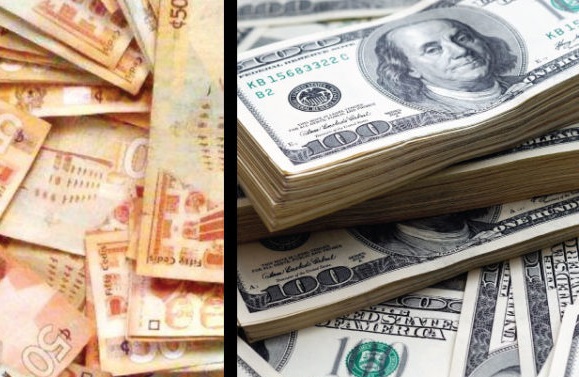 The Ghana cedi strengthened in value against the dollar just two days after the government launched the Debt Exchange Programme.

The local currency also improved in value against the other major foreign currencies, the pound and the euro.

It was being sold by forex bureaus at an average of GH¢13.70 to the American ‘greenback’ on Tuesday. The local currency is also going for GH¢14 to the euro and GH¢16.70 to the pound

It is, however, unclear why the cedi gained value against these major international currencies.

However, some market watchers and analysts may attribute it to the Debt Exchange Programme as the government defined the parameters of the programme to pave way for a programme from the International Monetary Fund.

The local currency had remained relatively stable, particularly to the dollar in recent weeks.

It has however depreciated by a little over 50% since the beginning of the year.