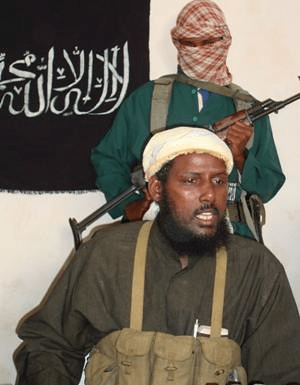 Somalia’s appointment of a former al-Shabab leader to the cabinet is fuelling debate.

The once-feared man – an al-Shabab co-founder, its former spokesperson and deputy leader – had been in a hideout for years before surrendering to the government in August 2017. He split with al-Shabab in 2013.

After intense negotiations with the state, Robow was delisted from the US terror list and denounced al-Shabab publicly.

While some are critical of Hamza Abdi Barre’s administration for naming Mukhtar Robow as the minister in charge of religious affairs, others laud the move as a step towards reconciliation and smart way to battle against the group.

However, regardless of his dramatic U-turn, his journey from house arrest – which he had been under for the past three years – to high-ranking minister was far from expected.

Some analysts believe the appointment could play a significant role in the fight against al-Shabab, an al-Qaeda-linked group formed in 2007, which wants to overthrow Somalia’s internationally recognised government and impose strict Islamic law.

“I think the reason why he was brought from house arrest to the cabinet minister is to create and come up with a counter-narrative to that of al-Shabab since he deeply understands their philosophy and their tactics,” Zakaria Yusuf, a researcher on Somalia at the International Crisis Group, told Al Jazeera.

“He may also have influence within the militant [group] and could attract more fighters from the group [to the government’s way of thinking.]

“I believe he can successfully run this docket given his background and experience in endowment affairs.”

Hassan Sheikh Mohamud, Somalia’s president since May this year, has promised to fight al-Shabab militarily, financially and ideologically.

He is not the only high-ranking al-Shabab leader to have defected from the group, but remains the only one to have been handed a top ministerial role.

Abdirahman Turyare, the Somali government spy chief between 2014 and 2016, said Robow’s appointment signals the government’s commitment to battling the group.

“Given his involvement for years, I believe he understands al-Shabab’s tactics, strategies and how they operate their fight against the government. He also has a huge following in his native Bay and Bakool regions, where the group holds substantial amounts of territory,” said Turyare, who initiated talks with Robow in 2014. “He could easily convince them to defect from the group.

“His appointment will help the government not only militarily but also ideologically, and would encourage those within al-Shabab that they can defect to the government and can be welcomed, and even pardoned, if they denounce.”

In December 2018, Robow made it known he had political ambitions and wanted to vie for Somalia’s South-West State regional presidency.

Ultimately, however, he did not participate in the race and was put under house arrest.

According to Afyare Elmi, head of the Heritage Institute for Policy Studies, a think-tank in Mogadishu, Robow’s appointment signals what new governments want to do about al-Shabab “and encourages the militant leaders that they can negotiate with them”.

He told Al Jazeera by phone: “It also shows that they want to either fight or face them ideologically. There is a general idea that he can influence many sectors – maybe among those within al-Shabab who might be interested in joining the government.”

On concerns that the government’s embrace of a former al-Shabab leader symbolises impunity, Elmi said: “That is true, but we have to remember that there has never been accountability for all the people who were involved in the civil war, whether they’re warlords or past military leaders. So I think it’s not only for Robow, but there are many other individuals who are accused of crimes against humanity, and they are either in parliament or other levels of government.”