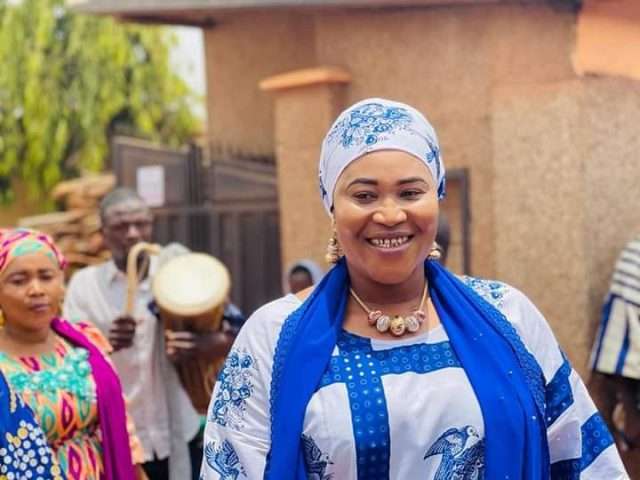 Caterers of some purported ghost schools under the Ghana School Feeding Programme in the northern region have denied rumors in the public that they’re operating in ghost schools.

They have also refuted allegations of taking payment from government without cooking as reported in some circles of the mainstream media in the country.

The aggrieved caterers in separate interviews with THE CUSTODIAN lamented that they have been using their own funds in the last two years to provide free meals for the pupils but yet to receive their subventions from the Ghana School Feeding Secretariat.

Independent checks made by THE CUSTODIAN in the past couple of days gives contrary account to what is reportedly circulating on social media and some parts of the traditional media in the country.

The school authorities and the students in various interactions gave vivid account of how the programme is being implemented in their schools since the 2019/2020 academic years.

The children expressed satisfaction to the local meals they are provided weeklong.

The Ghana School Feeding Programme in recent weeks has received bad press for various reasons. The Northern Region Women Organizer of the NPP, Hajia Rahana Abdul Aziz, is reportedly operating some 9 non-existing basic schools in the northern region that cannot be traced and accused of shortchanging the state to the detriment of the schools and the vulnerable children.

However, facts checked in the schools do not support these claims against the NPP Women Organizer and documents in the possession of THE CUSTODIAN has confirmed that the free meal policy intervention for the basic schools commenced two years ago and the children are fully benefiting contrary to what is being bundled in the public.

Head teachers of the Nyankpala D/A Primary, Nyankpala Islamic Primary, St Monicas R/C Primary and Nizamia E/A Primary basic schools in separate interviews confirmed that caterers have been cooking for the pupils contrary to claims in some circles of the media that the schools were non-existing.

Generally, the school authorities said the introduction of the programme has improved enrolment, particularly in the rural communities and the children are always punctual to school because of the availability of food, making teaching and learning more effective compared to the past when they were not enjoying the free meals.

Nonetheless, the headmaster for the Nizamia E/A Primary, Mr. Haruna Musah disclosed the caterer for the school, Madam Memunatu Zakaria since the beginning of this term has not been able to cook due to lack of funds. He therefore appealed to the school feeding secretariat to release funds for her to continue the work.

In the Tamale metropolis, some of the aggrieved caterers said people must always verify their facts before going into the media to speculate falsehood to denigrate the integrity of others.

Humaiyatu Kamil, a caterer at the St Paul primary school said they have been cooking for the students in the past two years without any payment from government and therefore the rumor in the media is unfounded and could only remain a figment of the perpetrators imagination.