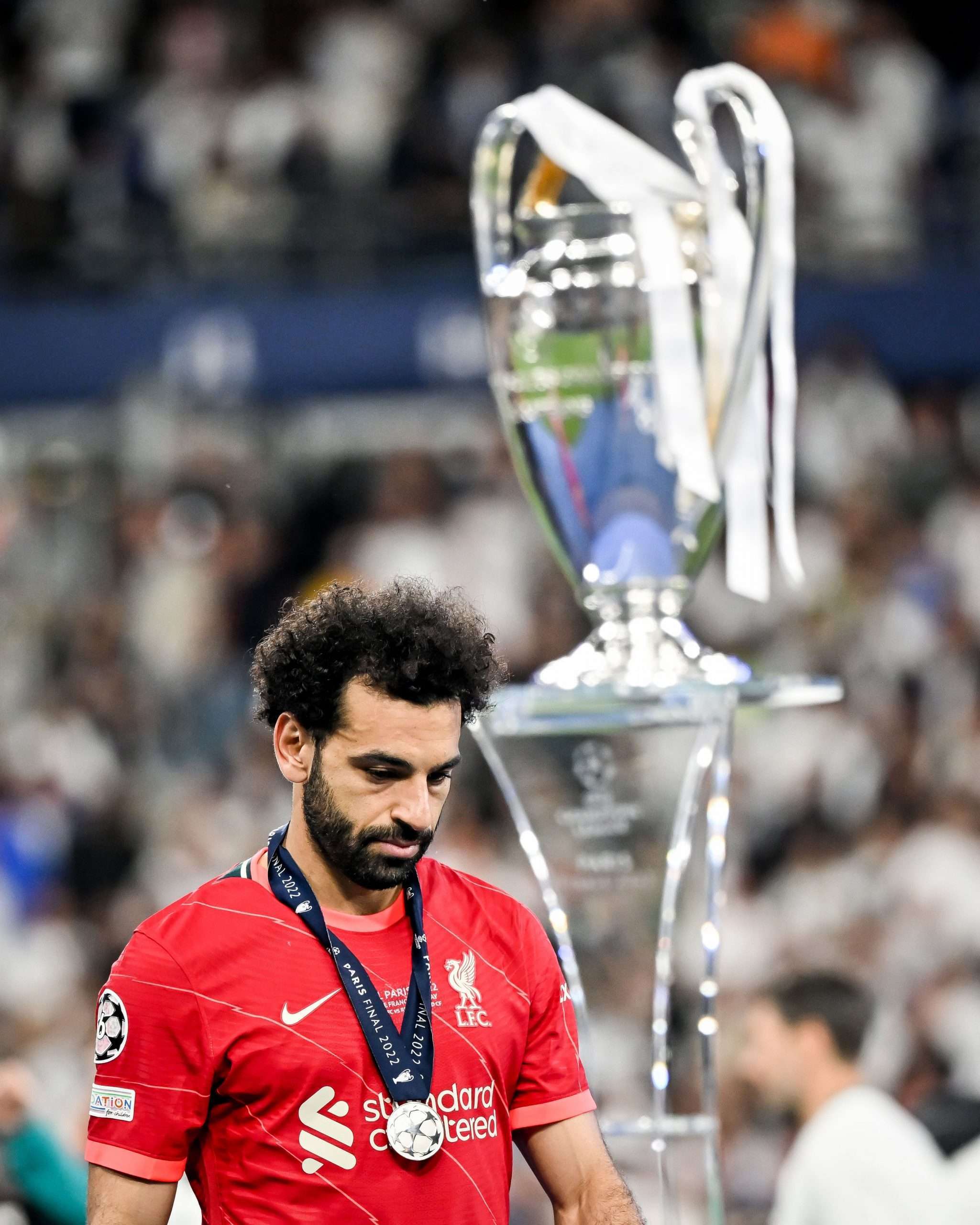 Yesterday, Liverpool lost the chance to make a treble after winning the Carabao and FA Cup this year. But they could not stand the indomitable Los Blancos, Real Madrid.

The Reds of England competed this year for all the silver available to them. From the Premier League, FA and Carabao Cup, and the UEFA Champions League.

However, they gave away the UCL to Real Madrid in what many thought would be a revenge from the 2018 UCL final. Liverpool attacked the game really well and had very clear chances to bury the game in the first half. Yet, a very composed Real side maintained their game plan and scored in the first quarter of the second half to win the trophy.

In 2018, Liverpool lost to Madrid in an unforgettable fashion. The game ended in a 3:1 win in Kyiv, Ukraine. The star man of Liverpool, Mohammed Salah was forced out of the game in the first half when Sergio Ramos vigorously injured the Egyptian.

This year Liverpool when certain they will meet Real Madrid, the Egyptian posted on his social media handle: ‘We have a score to settle’. Indeed, the African made several attempts but it was not enough to setttle anything. Thibaut Courtois denied him of all the attempts he made.

Before the Champions League Final, Liverpool lost the Premier League to Manchester City on the last day of the EPL with just one point behind the champions. Their hope was that, Manchester City would lose against Aston Villa, but it didn’t go their way.

Salah did not start the last game against Wolves. He was brought on in the second half when his team was struggling to get a win. Salah came on and scored to give his team the needed lead and also secure the EPL Golden Boot, which he shared with Heung Son Min.

In addition to the Top Scorer award, Salah received the top assist player of the season and he assured fans: ‘We’re not done'(for the season) in a post on his social media handle with both awards.

Liverpool fans had to ‘walk alone’ back to England from Paris yesterday afterthe final whistle. Salah and his teammates ended the season with two trophies where they could have make it 4.

But the heroics of Thibaut Courtois and a Vinicus Junior goal in the Champions League finals yesterday, and an Ikay Gundoğan masterclass in the EPL last day game against Aston Villa last week; the quadruple nor the treble did not materialise.

Liverpool played in three finals this season and failed to score a goal in any of them. The finals they won were on penalties against the same team, Chelsea. Liverpool are done for the season.

Nevertheless, the team is still in a good shape and they can compete for top silverware in seasons to come.

For now, FELICITATIONS to the Kings of European club football, Real Madrid, for their 14th UEFA Champions League title.

Akufo-Addo Is Lifting Northern Ghana Out of Poverty – Bawumia

Ukraine War: What Next For The African Students Who Fled?