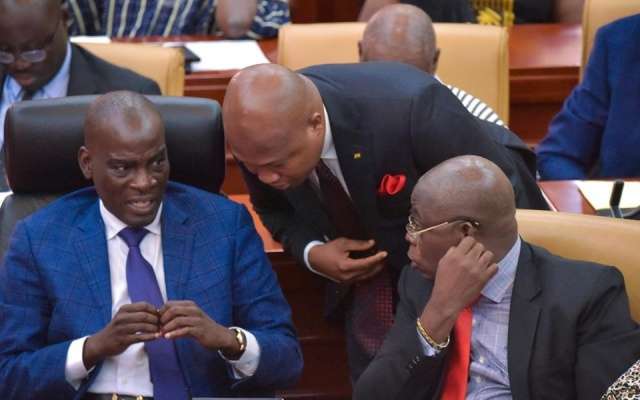 Hon. Okudzeto Ablakwah has confirmed that the Minority in parliament have suspended the picketing at the Kotoka International airport on Wednesday following the update of the President over the weekend.

“I can confirm to you Umaru that following a meeting with the DCOP Dennis Abadey at the Greater Accra Regional Police Command, we have communicated our decision to suspend the intended picketing which was expected to be carried out on Wednesday the 30th”.

The minority in Parliament had planned on demonstrating at the Kotoka International Airport to mount pressure on the government to stop the mandatory PCR test for travellers coming into the country. The cost for the test ranged from $50-$150.

The minority believed this testing regime had long been scrapped by many countries around the world and that the government was using this as an avenue to cash in instead of fighting Covid-19.

“If you follow what has been pertaining in other jurisdiction, many countries had long abandoned this testing. Only Ghana continued with this even in the sub-region we were the only country standing. It became clear and very very apparent to objective observers that this was just a money making machine. It had nothing to do with keeping Ghanaians safe and as it were preventing importation of the virus. It was simply an unconscionable act and profiteering from a pandemic”.

The ranking member for Foreign Affairs in Parliament acknowledged how Ghanaians supported the call for action and mounted pressure on the government to act on this pressing issue.

“We are glad that the pressure that we all mounted on, all of us – the Ghanaian people – the NDC caucaus in Parliament, former President Mahama too was very vociferous on this matter. The pressure has finally yielded results”.

However, the Member of Parliament for North Tongu has made mention that even though the Government has acted, it is not enough and that there are more issues that need clarity on the matter. Therefore, they will push for more. By this the MP said:

“We have however mentioned that the are lingering concerns which we will be seeking clarity from government and if those matter are not satisfactorily resolved we reserve the right to carry out this picketing at another time which will be communicated soon. But that depends on the response we will be getting from the Government”.

Speaking on Citi fm’s Eyewitness news, the MP stated that they need clarity on what Frontiers will be doing at the Airport after the President’s announcement. The President mentioned that people with negative covid tests will not be made to do another PCR test at the airport when coming into the country.

“We want clarity, because if you say that you are longer going to test at the airport upon arrival once you show a negative PCR test, does that mean that those who are allowed to cone without the negative PCR test are going to be tested. Because like we know in other jurisdiction in Canada, in Belgium where they do voluntary and random testing at the airport, we know that it is free. In the case of Ghana, there is no clarity” said Mr Ablakwah.

For the Minority in Parliament, they don’t want to see Frontiers at the Airport any more.

Admin - April 4, 2022 0
The Municipal Chief Executive (MCE) for Ketu South in the Volta Region, Maxwell Lugudor, has warned that the tidal waves which hit parts of...
General News

The Financial Costs Of Parliamentary “Misconduct”

Admin - May 9, 2022 0
By Amos Safo This column continues with an analysis of Dr. Bawumia’s speech on April 7, 2022, in which he partly blamed Ghana’s economic and...
General News

Savelugu Constituency will not be part of NPP Regional Delegates Elections

Admin - May 9, 2022 0
The Savelugu constituency will not be part of the New Patriotic Party delegates conference slated later this month to elect new Regional Executives for...
General News

Glo Customers To Use AirtelTigo Network By 23 April, 2022

Selasi Aklotsoe - April 22, 2022 0
AirtelTigo has announced that it is partnering with Glo to provide better customer service for Glo subscribers. This announcement was made in a release...
General News