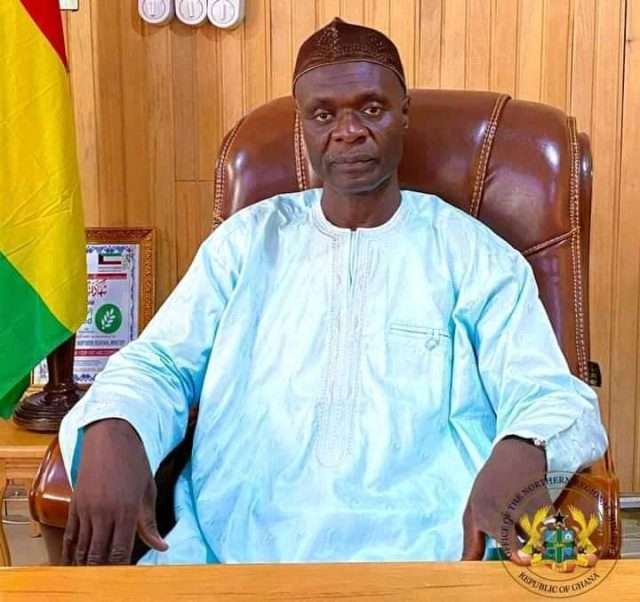 The Minister in a statement issued by the Public Relations Unit of the Northern Regional Coordinating Council said, “In fact, our enquiries indicate that Afa Yaba is being investigated in connection with a complaint filed by a lady TESCON Member of UDS, over an alleged attack on her.”

He said the police are in the best position to provide the details of the complaint and the progress of the investigation so far.

“Any attempt to rope the Minister in this matter is completely unfair and malicious” the statement added.

Contrary to reports in some sections of the media, Alhaji Shani Shaibu expressed shock at the insinuations that he sanctioned the arrest of the TESCON President since he is not aware of any connection between the social media comment and his subsequent arrest by the police.

“The attention of the Northern Regional Minister, Hon Alhaji Shani Alhassan Shaibu, has been drawn to a publication by Ghana web, dated, Thursday, August 11, 2022, indicating that one Sayibu Afa Yaba has been arrested by the police in Northern Region over comments he shared on social media, concerning him” the statement indicated.

The Minister said it is also significant to note that since the said comment was made by Afa Yaba, there have been several other comments in support and against, some even worse than Afa Yaba’s but not a single person has complained of any form of harassment or intimidation over his/her comment.

“Indeed, since assuming office a year and a half ago, the Minister has maintained very cordial relationship with the media and opened his doors to all ideas both in his favour and against and operated a tolerant administration, which can be testified to by many.”

However, Mr. Shani Alhassan Shaibu noted he is focused and committed to collaborate with the traditional leaders and stakeholders to overcome the teething challenges in the region to improve the living conditions of the people.

“The recent successful visit of H.E the President to the region which revealed very significant progress in key sectors of Health, the commencement of Agenda 111 health projects and roads among others is quite refreshing. The challenges of development are still with us and the Minister with the support of the Chiefs and people of the region will work to overcome the challenges” he assured.

Uphold the tenets of Islam for peace and harmony in Ghana – N/R Minister...