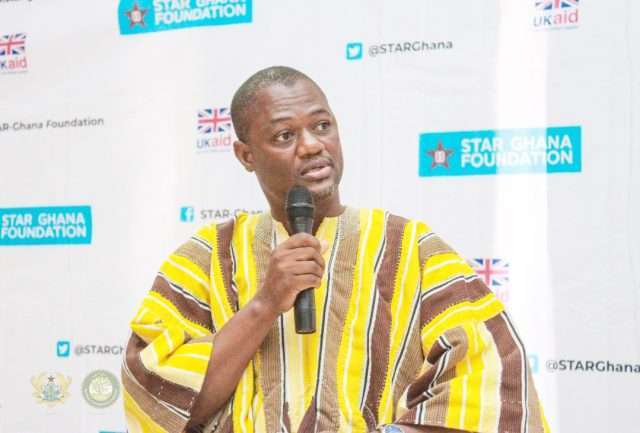 Chief Executive Officer of the Northern Development Authority (NDA) Dr Alhassan Sulemana Anamzooya has entreated all stakeholders and development partners to support government of Ghana to maintain peace and security for development to thrive in the northern savannah ecological zone.

He said there must be a collective responsibility of all to ensure a stable environment to complement efforts of government and the state security agencies to provide peace, security and stability in the north.

Addressing stakeholders at a regional dialogue forum in Tamale spearheaded by STAR Ghana Foundation on “Conflict, Security and Stability in Northern Ghana”, the NDA Chief Executive recounted the heavy price the people in the north have paid for the various protracted violent conflicts in the past.

In this regard, he called on the traditional authorities and interest groups to appreciate the value of peace and security in the socioeconomic development of the area.

“It is a truism that conflict is one of the major threats to peace and security in our communities and country. As such the lack of peace is a source of instability which slows down development.

“The struggle over land, political and traditional leadership and natural resources has often degenerated into protracted violent conflicts”, he observed.

He noted that the resolution of the age-long Dagbon chieftaincy crisis has brought peace and stability back to the area and the entire northern savannah ecological zone.

Dr Anamzooya added that the development of northern sector of the country has become a national agenda and an increasingly urgent policy to undertake.

This, he posited, was the reason the Akufo-Addo administration upon assuming office in 2017, worked to reposition and retool the NDA to achieve its mandate of accelerating the growth and development of the north and open opportunities to make the area a poverty free zone.

“Not only will it contribute immensely to the peace and security of Ghana, but it will also create opportunities for young people to aspire to better things and direct their energies productively rather than channeling them into destructive and violent agendas”, he indicated.

The Regional Dialogue forms part of a series of regional and national conversations being organized by STAR Ghana Foundation and its partners under the Conflict, Security and Stability Fund (CSSF) in northern Ghana and to catalyse and coordinate stakeholder’s efforts at addressing the issues.

It is expected to promote local ownership of the roadmap and to trigger collective action by capturing the lessons learnt from previous experiences on conflict prevention and how these are integrated into strategies for peace, security and development in Northern Ghana.

Your rescue mission was going to IMF to rescue the economy you mismanaged –...

Admin - May 14, 2020 0
President Nana Addo Dankwa Akufo-Addo is engaging various stakeholders on safety measures that will allow an easing of restrictions without compromising...