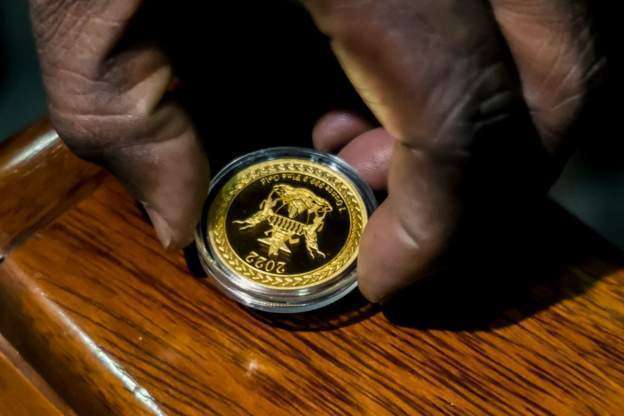 Zimbabwe’s central bank is to introduce lower denominations of gold coins to allow ordinary people to purchase them, according to the state-owned newspaper The Herald.

Last month, the country introduced gold coins priced at the international market rate for an ounce of gold plus 5% for production costs. An ounce of gold is currently worth about $1,795 (£1,500).

Some 4,475 coins have been sold so far, according to the Herald.

The coins were meant to ease the demand for the US dollar and maintain the value of the local currency after annual inflation topped 256% in July.

The local Zimbabwean dollar exchanged at 108.66 to the US dollar at the beginning of the year, but has tumbled to 481.85 to the dollar in August.

Zimbabwe uses two main currencies, the US and the Zimbabwe dollar, but most people prefer to exchange their local dollars for foreign currency to maintain value.

It has caused a shortage of the US currency and driven exchange rates up.

The central bank says that the smaller denominations of coins worth about $180 each will be released in November.

The coins are available to buy at approved banks and are tradeable locally.