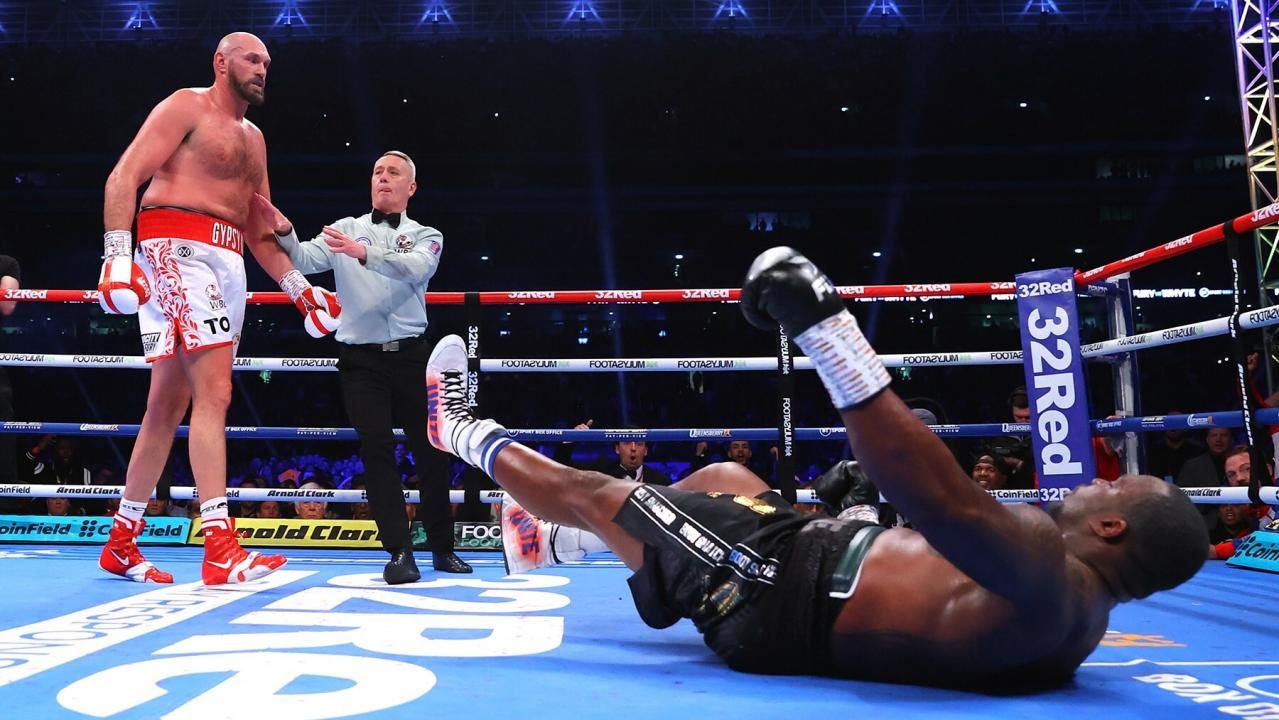 Tyson Fury retained his WBC world heavyweight title by stopping Dillian Whyte near the end of the sixth round on Saturday night at Wembley Stadium.

The fight was a cagey bout but Fury controlled the match. The referee had to warn the fighters for some roughhouse brawling, But the champion brought the fight to a shuddering conclusion.

Fury kept Whyte at arm’s length throughout the fight and was under no serious threat from the challenger.

Fury unleashed a ferocious uppercut to put the challenger down in the six round. Whyte was badly dazed and the referee called a halt to the fight.

This was Fury’s first fight and title defence after knocking out Wilder in 2020 and 2021 were he made claims of retiring afterwards.

The Champion said after the fight that “Dillian Whyte is a warrior, and I believe he’ll be a world champion – but tonight, he met a warrior. He’s got the heart of a lion, but he’s messing with the best heavyweight on the planet. I think Lennox Lewis would be proud of that right uppercut!”

Lewis calls Fury’s performance “a masterclass”, adding “he’s undefeated, most of his fights are historical – he’s definitely up there among the greats.” Frampton says that nobody outside Fury’s camp expected that fight to be so easy.

Bawumia to speak on future of Ghana’s economy tomorrow

Liverpool Request For Investigations Over Chaos In Paris

Selasi Aklotsoe - May 30, 2022 0
Management of Liverpool Football Club have expressed 'disappointment' over the chaos that ensued during the UEFA Champions League finals over the weekend in Paris....
Events

What Stephen Appiah Said To Asamoah Gyan After 2010 World Cup...

Selasi Aklotsoe - April 15, 2022 0
Asamoah Gyan has opened up on his conversation with Stephen Appiah after missing a last-minute penalty against the La Celeste(The Blue Sky) of Uruguay...
Events

Actor Will Smith Bows Out Of Oscar Academy

Selasi Aklotsoe - April 3, 2022 0
US actor Will Smith has resigned from the Oscars Academy after slapping comedian Chris Rock on stage during last Sunday's ceremony. "My actions at the...
Events

Admin - March 6, 2020 0
The chiefs and people of Brekusu in the Akuapem South Municipal Assembly of the Eastern Region have celebrated this year’s Ohum festival with pageantry...
Arts & Showbiz

Admin - March 3, 2020 0
A new movie by award-winning Ghanaian film director, Peter Sedufia will be premiered on March 6, 2020, at the Silverbird Cinemas in the West...
Events

Selasi Aklotsoe - April 1, 2022 0
The Black Stars of Ghana who went pass the Super Eagles of Nigeria in the World Cup play-offs last month have been drawn in...